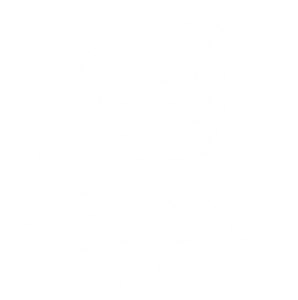 Everyone in Panama City Beach, Florida is inspired by Navy Diver Culture. 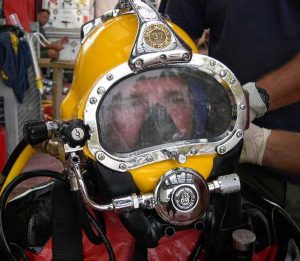 By 1972 the US Navy’s Ocean Simulation Facility (OSF), and the NEDU were relocated in 1975 to Panama City, a small tourist town in the Florida Panhandle, where our business is located.

According to an article by author Gary. L. Harris “…The OSF is capable of pressurization down to 2,250 feet (686 m) of sea water equivalent, or an altitude equivalent of 150,000 feet (45,720 m), and it can test men or machines. In fact the OSF is large enough to sail a miniature submarine inside.” 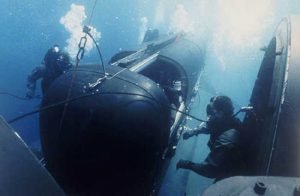 The Navy Experimental Diving Unit (NEDU) is nothing less than a “Force Multiplier” in and of itself.

Presently its staff of 160 highly qualified engineers and divers are represented by almost every underwater arm of the US Navy, such as SEALS (sea-air-land), EOD (Explosive Ordnance Disposal), SEEBEE (naval construction) and UMO (Undersea Medical Officer), fleet salvage and even other branches of the armed forces…” 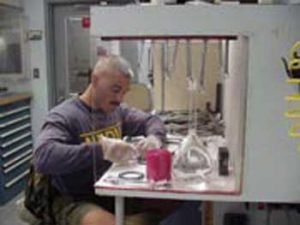 One thing that is certain is the influence that the Navy Diver Culture has on the town and everyone who lives here in some way. We are even the home of the Man in the Sea Museum, a great place to explore fascinating exhibits and get acquainted with the roots of diving, as well as see a lot of real Navy diving history and culture. Included in their exhibit is a Mark V Diving Suit Rig, Virtually unchanged since 1837!